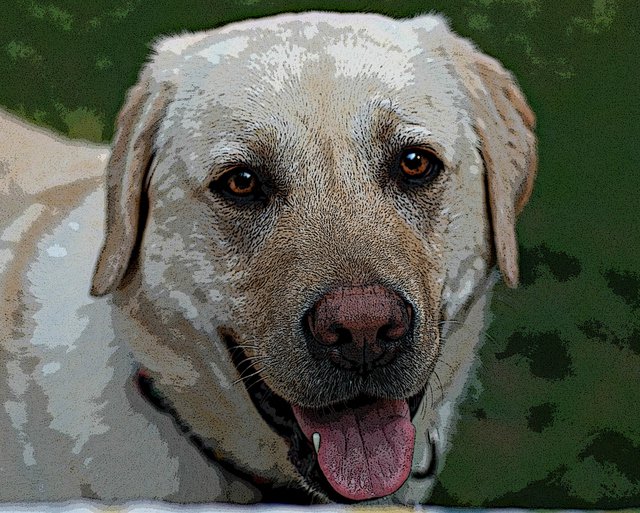 I woke up earlier today than most days in summer because we are taking care of the neighbors old dog and new cat. The old dog needs his meds in the morning and even though my kids were ultimately the ones who were ‘hired’ to take care of the pets, there are some things I have to see done before I can move on with my life. I don’t think I’m a helicopter parent, primarily because I treat my husband (DH) and all family members the same, controlling way. The only person I really trust to get ‘important’ things done is my sister – and she has the same control issues that I do.

I screech and take sharp breaths when DH drives. He mocks me fortunately rather than take it personally. Rationally, I realize that he’s never once deserved my worry however, it’s pretty impossible to tell it to go away. The only time I truly trust him driving is when it comes to parrallel parking or driving in the city. Both of which I SUCK at. So at least I know there are some areas I have to let go of.  It’s a process.

Where was I? Oh – so I got up early for the neighbors but it’s also the seven month mark for making our resort reservations for Disney! Since my thirteen year-old son (DSI) was 2, we’ve gone twice in a 12 month period so we could use the annual pass. This is really biggest way to save money on Disney and if you’re a family of five and want to go regularly, you have to plan on it. Sometimes that means skipping whole calendar years and 2016 is one of those years.

Maybe later I’ll go into all the other ways 2016 has SUCKED.

But I digress – this trip, we’ll be staying at the Polynesian (POLY) for two nights and then we’ll meet my sister-in-law and her family at Old Key West (OKW) for a week. Like every other time I made a reservation for our next Disney vacation, I can think of little else. I spent the rest of the morning outlining what parks we’ll visit on each day and what dining times and restaurants  would work best with the schedule. It’s been awhile since we’ve been there with preschoolers so it’s like planning a whole new vacation! And if I do say so myself, the outline at this point is pretty inspired.

Later, when I took my twelve year-old daughter (DDR) and ten year-old son (DSC) to art camp, DSI came with me to the post office to help me send a box of outgrown kids clothes to my sister-n-law and her family. In that box we included all our Sing-Along-Songs dvds that we watched – and sang to – endlessly when my kids were little. These videos helped the kids enjoy our Disney vacations much more I think because they recognized many of the tunes that play in the parks and recognize the landmarks.

A day in the life of my family in the summer. I love not having a schedule other than when to go to the neighbors to feed and potty their pets.